While Key West typically gets all of the fame and acclaim, Florida’s Upper Keys – Key Largo and Islamorada – are chock full of excitement: think offshore fishing events, picturesque beachside towns and tropical hotel accommodations and all just an hour’s drive south of Miami. There are few things better than a laid-back vacation to the Florida Keys, but planning your visit around one of these signature events is key to soaking up every bit of enjoyment from your escape.

Every year, Floridians flock like northeastern snowbirds to the Florida Keys for Mini Lobster Season. This two-day, lobster-hunting extravaganza makes it possible for the everyday sportsman to catch the spiny shellfish before the official eight-month lobster season kicks off for commercial fishing boats. This year’s mini season kicks off today, July 27, so you may want to mark your calendar for next year. The highly anticipated event gets larger every year with increased visitors on the prowl for the delicious crustaceans. In Monroe County, divers and anglers are allowed six lobsters per person per day, provided they measure at least three inches long. For exact rules and regulations, check out the Florida Fish and Wildlife Conservation Commission’s website here. Once you’ve caught your lobster limit, the only decision left is how to cook ‘em – broiled, grilled, baked – the possibilities are endless!

Florida is home to thousands of unique marine species, and the Upper Keys are popular for dolphin, manatee and tarpon sightings. Some fish, however, have made their way into Florida’s waters, threatening our precious native species. Lionfish, for example, is an invasive and venomous fish, so Florida officials work round the clock to control their presence. To assist in the effort, the annual Lionfish Derby for Divers held at John Pennekamp Coral Reef State Park turns the table on the spotted fish, allowing you to be a predator for a day. The honorary ‘reef rangers’ assemble into teams of two to four people to hunt the invasive lionfish. Divers are required to attend a captain’s meeting prior to the event for a briefing on safe collecting and handling techniques. For landlubbers who’d rather take part from the comfort of the dock, the event also includes an awards ceremony, which honors the best lionfish hunter, and a lionfish tasting – I’ve heard they’re actually quite tasty!

Am I the only one who gets so lost in the catchy beat of a song that I completely forget to listen to its lyrics? Didn’t think so! Enter the Key Largo Songfest, a festival dedicated to “the story behind the song.” Celebrate the fourth-annual event this October at three of downtown Key Largo’s top waterfront venues: Bayside Grill, The Pilot House and Key Largo Fisheries Backyard Cafe. The laid-back vibe is ideal for music lovers just looking to gather with fellow fans and hear each song’s meaning straight from the artist’s mouth. This year’s lineup includes performances by Mark Bryan, the lead guitarist of Hootie & The Blowfish, Grammy nominated Greg Barnhill, and Nashville favorite Jon Nite.

I love movies – from silent films to new-age sci-fi flicks – so the Humphrey Bogart Film Festival is right up my alley. The five-day festival commemorates “The Man” of classic films and is hosted by Stephen Bogart, the legend’s son. It’s so thrilling, and ironic, when you find yourself watching classics like “Key Largo” on the big screen beneath the stars in Key Largo! Other showings will include “Casablanca,” “The African Queen,” “Maltese Falcon” and “Bogart and Bacall.” When Bogart fans aren’t enjoying his cinematic creations, they are invited to attend the Sam Spade cocktail reception, Bogie’s Harbor Party and even take a cruise on The African Queen.

Where to stay: A perfect mix of past, present and future, these can’t-miss events are certainly a way to make any Keys vacation one to remember. For the perfect place to stay in the tropical heaven of Florida’s Upper Keys, look no further than the Key Largo Bay Marriott Beach Resort. Situated on a private beach with stunning views of the Florida Bay, the hotel features modern, island-inspired décor and luxurious amenities that are ideal for divers and music and film fans alike.

Next Thinking of Traveling Solo? Start in Florida Does Air Conditioning Actually Work In a Pop Up Camper? The Best RV Battery Brand to Use for Lasting Performance 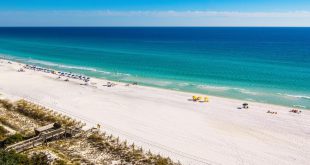 The 5 Best RV Parks In Florida

Quit a Job to Travel the World: How Does It Feel Like?

Used cars for sale in Jamaica

Used cars for sale in Tanzania

Used cars for sale in Uganda

The Florida Buzz is a collection of blog posts about Florida travel that range from spas, dining and events to family escapes and smart travel tips.
© Copyright 2023, All Rights Reserved
Skip to toolbar